Basset Hounds come into Welfare by many diverse routes and for a variety of different reasons. Fortunately, cases such as this one are uncommon although far from isolated. Please do take time to read this distressing and most harrowing account of just one such poor hound.

This is Spratt’s Story:

A Basset Hound described as “very thin” came into Basset Hound Welfare. The emaciated hound was found wandering alone; his paws however were both soft and clean and his nails were long. 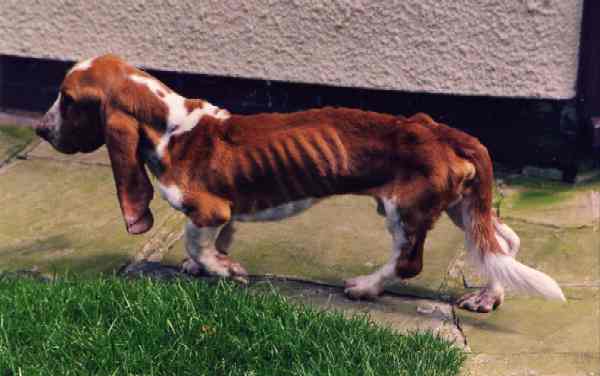 On arrival, Basset Hound Welfare immediately rushed him to the vet. Although a mature adult hound, he weighed just less than 12 kilos. He could barely take the smallest amount of food from a finger and was too weak to stand without support. His eyes, when he could open them, were full of fear and despair. He was dying in fact and because of his condition, we christened him “Spratt”. 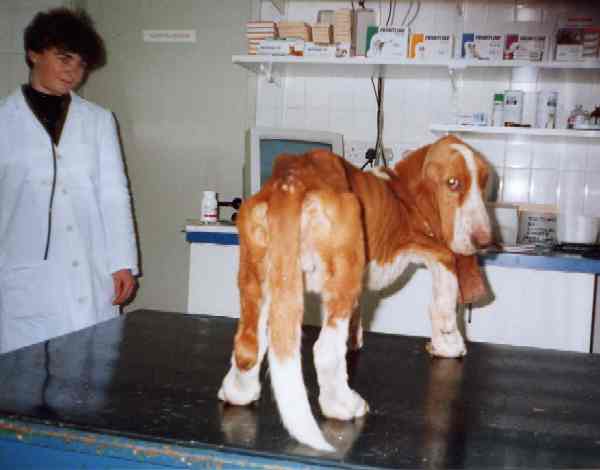 Spratt spent the next critical 24 hours on a drip and all those involved could do was wait and hope, providing him with comfort. He pulled through and his treatment continued with a special diet given little and often. The vet could detect no illness; his physical condition was due to starvation and severe neglect. After a further 72 hours, the vet released him into the care of Basset Hound Welfare. 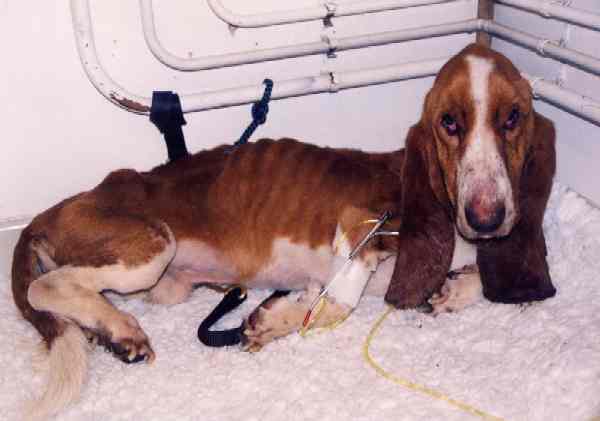 Spratt’s treatment of a little food and often, continued and after three weeks, his weight had increased to around 19 kilos, an increase of some 50% from when he came to us in Welfare. Slowly but surely his confidence increased and the look in his eyes was now one of hope. Even after all he had experienced and been through, the Basset Hound bore no malice. 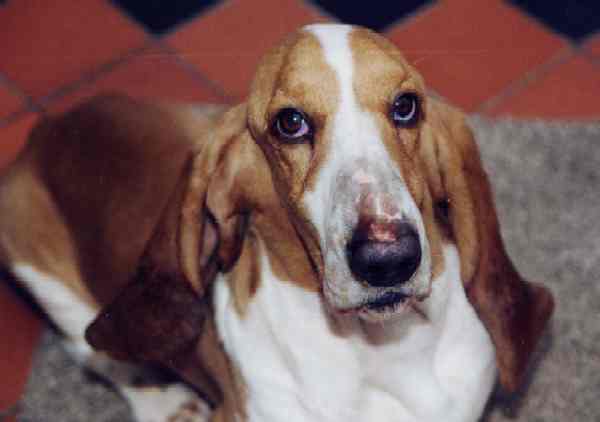 When Basset Hound Welfare arranged Spratt’s adoption and homing, he was still on the lean side, at just under 20 kilos. It gives us all in Welfare much pleasure that Spratt became a lively and happy Basset Hound once more, with a strength of character second to none.

We certainly cannot understand how anyone can do this to a Basset Hound or in fact any other living creature. We in Basset Hound Welfare just pick up all the pieces. Please do help us!

If you would like to make a donation and/or help in any way towards the work of Basset Hound Welfare, please donate now or contact us directly. We look forward to hearing from you soon.